We carry out artistic and technological research in the field of visual arts, live performance, and the exploration of light and sound.

Hamill Industries is a creative studio partnership composed of skilled film directors, inventors, and mix-media artists Pablo Barquín and Anna Diaz. Their body of work focuses on marrying computerized, robotic, and video techniques to explore concepts from nature, the cosmos, and the laws of physics. Specializing in developing innovation projects based on experimentation and mixing of emerging and traditional techniques, to create new formats of visual communication.


Deeply influenced by their practice as filmmakers, the duo carry out artistic and technological research in the field of visual arts and the visualization of sound, combining new media and groundbreaking experimental technologies with mechanical inventions and inspired by the world of early avant-garde cinema and sci-fi movies.

Hamill Industries has become an inspirational place to realize ambitious visual artwork and to expand artistic practice into new creative dimensions, achieving poetic and playful visual experiences by combining digital and analog technologies with craftsmanship. For each project they develop their own tools and inventions, combining digital and analog effects in completely unexpected ways. They mix physical engineering, lighting design, moving images and visual programming to expand their imaginary far beyond the screen and open it to more tangible experiences.

Hamill Industries works across multiple mediums including TV advertising, music videos, art installations and live performance. Their work has been recognized internationally in specialized publications (DJ MAG, It’s Nice That, RA, Deezen or The Creators Project) and awards such as the GRAND LAUS 2019, LAUS d’OR 2015 and special mentions in the STARTS PRIZE AWARD 2016. Since 2015, they have been touring together with Floating Points creating visual performances, and have presented their work at festivals and institutions such as SÓNAR Festival, ARS Electronica, Semipermanent, and the Barbican Museum in London.

They have presented their work at internationally recognized festivals and institutions such as ARS Electronica and The Barbican – London, and worked for brands such as Converse, Diesel, MTV, Barcelona Football Club or the Contemporary Arts Museum of Barcelona (MACBA).

There are currently no permanent positions or internships on offer in the studio. We do collaborate with freelancers and are always happy to receive portfolios. Please send a website link or PDF portfolio to hola@hamillindustries.com 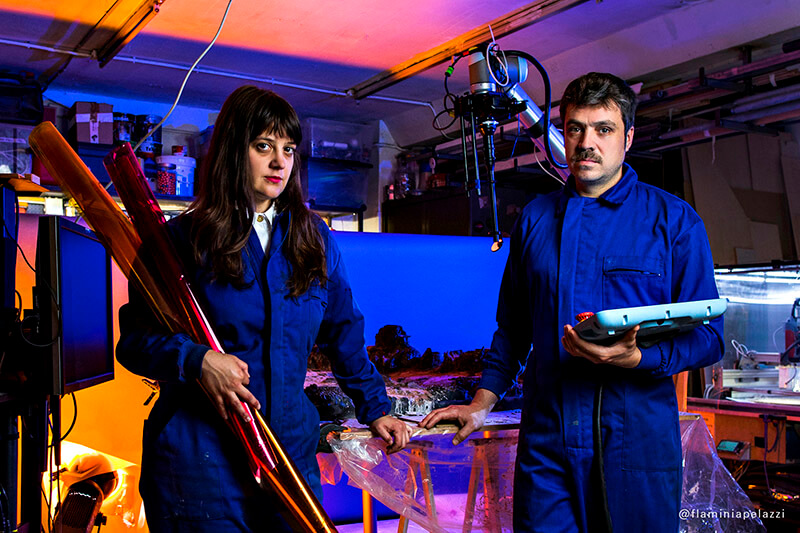